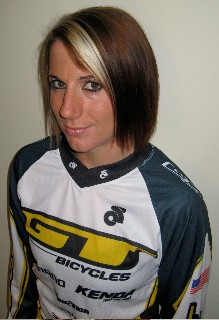 Arielle is the current UCI World Cup SX Champion and headed for the 2012 Olympic Games with her sights set on GOLD. Known for her exceptional jumping skills, aggressive moves, and pure passion for riding, Arielle is a name to be reckoned with in BMX.

Martin is coming back strong this year after an injury in 2008 left her sidelined and out of the Olympic Games in Beijing. Her road to recovery was most recently highlighted in the September issue of Bicycling Magazine in an article titled: Leap of Faith. She was also featured in an excellent New York Times article last year: Quest Seperates Soldier and Olympic Hopeful.