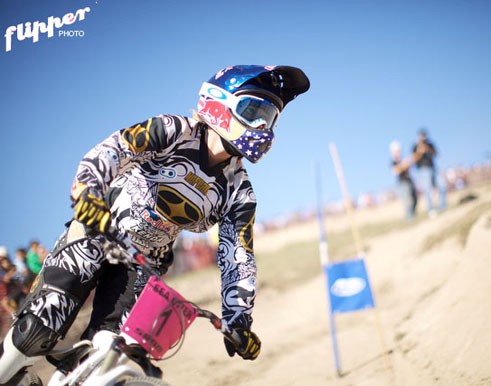 After capturing the 2008 USA Cycling BMX National Championship title, Jill went on to win the bronze medal in BMX racing in the sport’s Olympic debut in Beijing. Kintner started racing BMX locally in Seattle at age 8, and by 16 was competing professionally all around the world. As a BMX racer, Kintner has an estimated 70+ career wins, including, in 2002, the National Bicycle League Women’s pro title and American Bicycle Association World Championship. After accomplishing most of her goals with BMX racing, owning nearly every major title, Kintner decided to change course in 2002 and switched to the larger wheeled sport of mountain bike racing, mainly competing in the gravity event of “mountaincross” aka “4x”‹where she is the three-time U.S. national champion, two-time UCI World Cup Overall Champion, and the three-time UCI World Champion in ’05, ’06, and 2007. Jill took first in this year’s Mountain Bike World Cup event in Fort William.