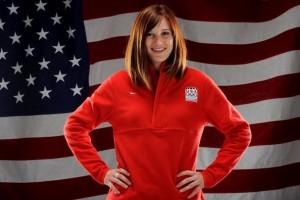 Reutter is a member of the US National Short Track Team and one of the up and coming stand-out athletes to watch in Vancouver this winter. Her speed has earned her comparison to former Olympic Champion skater Bobbie Blair. She is an 11 time World Cup Medalist and 4 time American Record Holder. At age 19, Katherine set multiple American records and smashed the current world record by nearly two full seconds. She has been to the World Cup podium six times throughout the 2008-2009 season and ranked 7th overall in the 2009 World Championships.