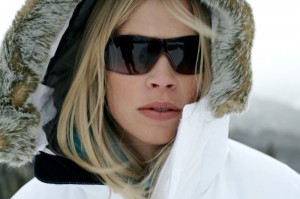 Kristi is one of the world’s top freeskiers. In 1999, she became the first female ever to compete in the US Open and in 2003 placed second in the same event. At the Gravity Games in 2005, she took first place in the Halfpipe competition and won second place in the same event at the US Open and World Championships. It was her Slopestyle moves that earned her 2nd place at the Japan Open and 3rd place at the US Open in 2007. Leskinen films all over the world and she pushes her skills and creativity further each and every year. In 2005, Kristi was ranked #90 on FHM’s 100 Sexiest Women List and this summer you can catch her competing on ABC’s The Superstars on Tuesday nights. She recently collaborated on a line of jewelry featuring her signature “snowflake” design called the “Snowflake Collection by Carbon 6”.