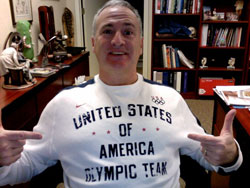 Team LASIK-FOR-THE-GOLD, is a collection of champion Olympic athletes from across the country who have all had LASIK vision correction surgery performed by me at EyeCare 20/20, here in New Jersey.

With exactly one month to go to the start of the Olympic Winter Games, American athletes are scattered around the globe, some are desperately looking to secure their spot on the team, others making the final preparations of a never ending quest to deliver their life’s best performance next month in Vancouver, when it matters most. With the clock ticking, the Lasik-for-the-Gold Winter Olympians appear poised to bring home their share of Olympic hardware. Here is an update on each of the world class athletes who are my LASIK patients: 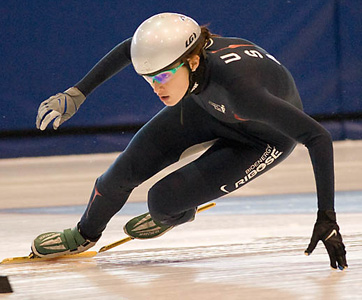 Katherine Reutter (short track speedskating) – Reutter is now a 17-time world cup medalist who is locked-n-loaded for her Olympic debut. She will compete in four different events and is considered to be one of Team USA’s most likely Olympic medalists.

Chad Hedrick (speedskating) – Already a gold, silver and bronze medalist from the 2006 Olympics, Hedrick has recently returned to his championship form and earned medals in both of his last two world cup events, including taking the gold medal in Calgary, Canada in December. Hedrick will square off against fellow American Shani Davis in the 1500 meters at the Olympics in what promises to be one of the must-see showdown events of the Olympics. 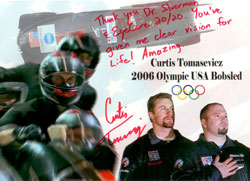 Curt Tomasevicz (bobsled) – A pusher behind U.S. driver Steve Holcomb in Team U.S.A.’s number one sled the ‘Night Train’ (as seen on the Stephan Colbert Show), Tomasevicz and his teammates are on the podium more often than they are off of it. They are considered the team to beat when the Olympic medals are on the line next month. 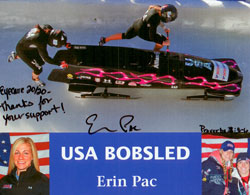 Erin Pac (bobsled) – Long since considered ‘likely to make the Olympic Team’, Pac has recently shown that simply getting to the Olympics isn’t good enough. A world cup bronze medal in Salt Lake City in November turned heads on the international bobsled circuit and marked Pac as someone to keep an eye on in Vancouver. She currently holds a 5th place ranking in the overall World Cup standings. 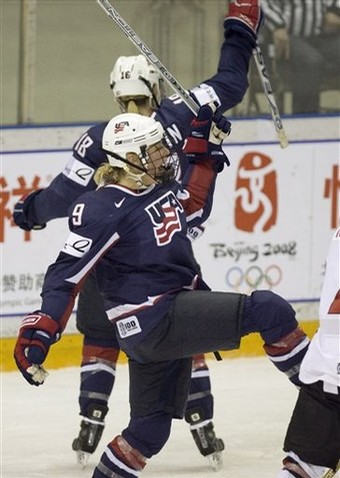 Molly Engstrom (hockey) – A bronze medalist at the 2006 Olympics, a World Champion, and a long time member of the U.S. National Team, Engstrom and her teammates are highly likely to do battle with the host Canadian team with gold medals on the line. In this heated international rivalry, silver doesn’t count. 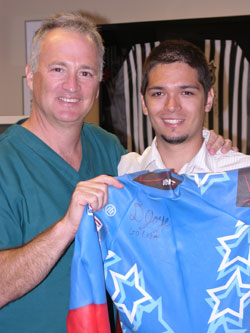 Dan Joye (luge) – Joye, who is part of the doubles luge team of Niccum & Joye, will enter the Games, his second Olympics, as part of the number one ranked U.S. sled. A recent world cup fourth place finish marked the team’s best ever placing – one step up in Vancouver will put Joye on the podium.