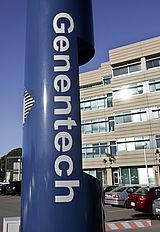 I have blogged several times about the Avastin vs. Lucentis controversy.  Irv Aron , a retired consultant in the Medical Laser industry, blogs regulary about this topic as well in Irv Arons' Journal.  Last week, he posted a paper written by Wendy Bedale for a class at the University of Wisconsin Madison.  I thought this was an excellent and informative paper.  I have contacted Wendy and have gotten her permission to post the article, unedited in its entirety.  I am sure you will find it very interesting.

Thank you Wendy for allowing me to republish this!

A
biochemist by training, Wendy currently is the Director of Regulatory
Affairs for Deltanoid Pharmaceuticals and is an Assistant Scientist at
the University of Wisconsin-Madison. She enjoys reading and writing
about science and technology in her free time.
She can be contacted at: Wendy Bedale