Out Of This World: NASA Studies Space’s Effect On Vision

Out Of This World: NASA Studies Space’s Effect On Vision

NASA scientists to look at how space can affect our eyes and vision.

When it comes to our eyes and vision, many doctors and researchers have already gathered and discovered plenty of information that has led to some of the biggest technological inventions in vision today. For instance, looking into the inner-workings of the eye has allowed us to dissect and understand the crystalline lens, which can become clouded over when cataracts form. Studying this part of the eye allowed doctors to replicate the lens and create Intraocular Lens (IOL) implants, which are responsible for treating cataracts or myopia in thousands of patients every year. 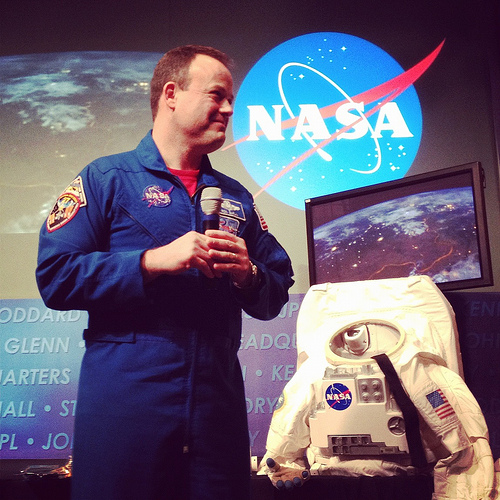 There are many other areas of vision―from LASIK to bifocals to retina treatments―that have been greatly improved due to the amount of research that has been done by doctors and scientists alike. However, there is still one big avenue of research that remains to be done and will prove to truly be out of this world in the future―vision and how it relates to outer space.

For decades, NASA has been sending scientists up to space to research environments on other planets, the study of gravity and many other top secret research missions that we will surely see the effects of in the years to come. However, one particular aspect of space that has been relatively un-researched until now is its effect on our eyes and vision.

Recently, astronauts have began taking a closer look at how their eyes and their vision becomes affected after long trips into space. Julie Robinson, an International Space Station program scientist, reported that they have started to discover that some astronauts on orbit have real changes in fluid shifts in their bodies that leads them to have changes in their vision and changes in pressure in the central nervous system.

“About 20% of the astronauts who have flown to the International Space Station have reported vision changes,” she said.

One astronaut that reported significant vision changes after returning from space was Canadian astronaut Bob Thirsk. After visiting the space station in 2009, he notices that his visual acuity had changes after a few weeks aboard.

“My distant vision was not too bad, but I found that it was more difficult to read procedures. I also had trouble manually focusing cameras, so I would ask a crewmate to verify my focus setting on critical experiments,” he said.

To help get a better idea of why astronauts have endured vision problems when heading up into space, the Expedition 35 crew will take part in a vision study the next time they head up to the space station that may help to provide some answers to this problem. Taking detailed measurements of their eyes will not only help to understand this process for astronauts for the first time, but the information could also be useful on Earth in everyday vision practices.

What do you think about astronauts looking into the effects that space has on their vision? Do you think that this is important research that could lead to vision breakthroughs here on earth also? Be sure to let us know your thoughts in the comments below!