We file this post in the ultimate yuck department!

When we were younger, we often did strange things to show our crushes how much we liked them. In elementary school, it was pushing each other down on the playground or teasing one another, in middle school it often involved secretive locker notes and hand holding. While these little actions may seem silly and childish to us now, they were always harmless enough back then.

However, a strange form of affection has recently taken Japan by storm and is sending many children home with dangerous cases of extreme pinkeye, all because of a new eyeball licking trend. 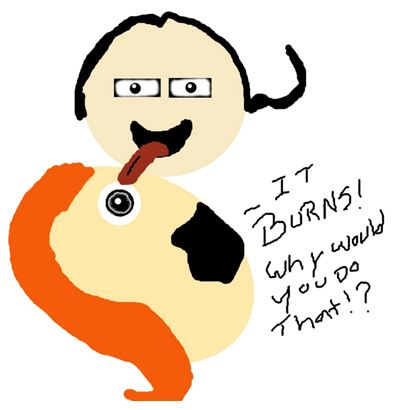 So, what is the big deal about eyeball licking, other than the fact that it may be a little outside of the norm? This dangerous form of affection carries with it many forms of eye infections that are causing a massive pinkeye outbreak throughout Japan.

News reports by the Daily Caller found that reports of elementary school students in Japan who had been participating in these ocular activities had reported multiple cases of pinkeye (or conjunctivitis). In fact, the outbreak had gotten so bad that many school children were starting to show up to class wearing eye patches to help prevent the condition from spreading to their fellow classmates.

As any parent or school teacher will tell you, pinkeye is one of the most viral vision problems to affect the classroom. Common symptoms often include a watery discharge that is not green or yellow in color, but is similar to the type of discharge you would expect during sinus congestion or a runny nose. Often times the eyelids will also swell up and you will see a large amount of pink within the eye.

Luckily pinkeye can usually be treated with eye drops or a simple antibiotic, but any children who are participating in “worming” or eyeball licking should be brought to their ophthalmologist right away to make sure there is not a further infection of the cornea.