Google’s latest patent may show that the future of vision is here!

If Google’s latest foray into the world of vision technology through Google Glass wasn’t impressive enough, the tech giant may be taking their futuristic efforts one step further in the coming years. According to Ophthalmology Times, Google has recently filed a patent for a contact lens system that will feature built-in cameras within the lenses. This patent would essential act as a miniature version of the already available Google Glass computer lenses, but in a much more compact package.

Google has already shown through many different steps that they plan to make Google Glass a mainstream piece of technology, especially by teaming up with popular vision insurer VSP. Earlier this year, the two companies announced that they would be teaming up to offer subsidized frames and prescription lenses for Google Glass, opening the possibility for a greatly increased amount of day-to-day users. However, by furthering their efforts by spreading out into the world of prescription contact lenses, they are opening the possibilities up even further. 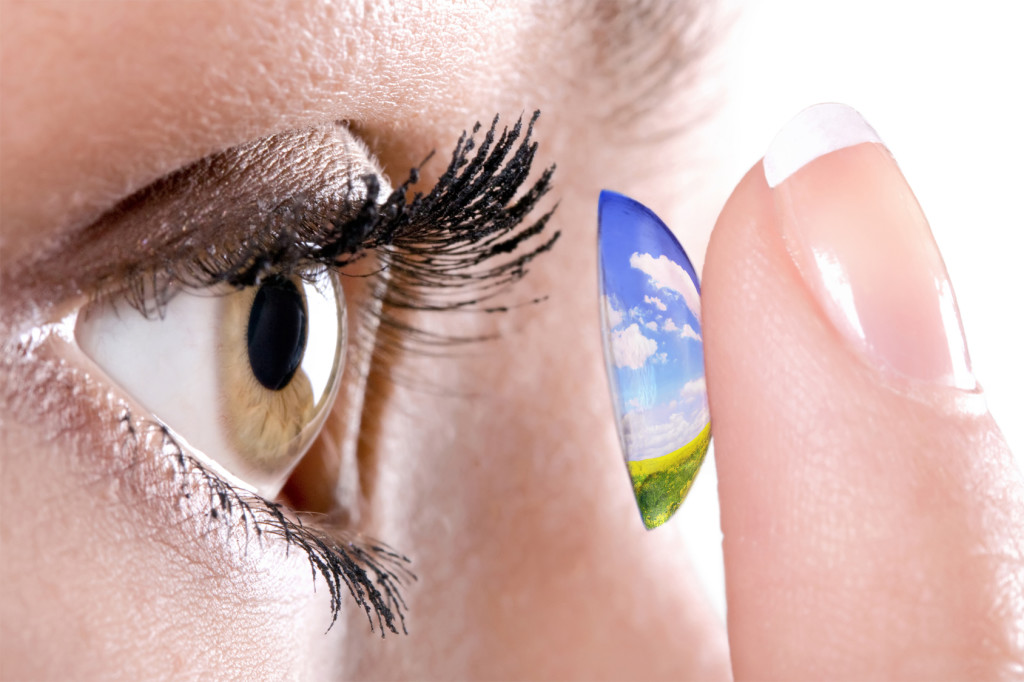 However, unlike Google Glass, the new contact lens patent will not be controlled by voice, but would instead be user-commanded through a “sophisticated system” of “unique blinking patterns,” according to PatentBolt, which reported the patent.

There is no doubt that there is an endless amount of uses for this type of handless filming technology. Just earlier this year, EyeCare 20/20’s own Dr. Cary M. Silverman used Google Glass in the operating room so he could educate his fans and followers on the basics of cataract surgery, as well as show the procedure through a surgeons eyes.

“I wanted to show our fans and followers what it’s like in the operating room. Show them what I see and how quick and painless the procedure is. It was great to inform them about the state-of-the-art Femtosecond cataract surgery,” said Dr. Silverman. With video and Google Glass, “we were able to actually show them the procedure through my eyes.”

According to PatentBolt, this new device could also potentially be used to assist the blind and allow them to see.

The lens would also have wireless capabilities to be hooked up to smartphones and could potentially detect faces, according to a report in Ophthalmology Times.

What do you think about this new vision venture by Google? Do you think you would be more likely to use Google Glass technology in your day-to-day life if it was packaged compactly in contact lens form, rather than bulky eyeglass lenses? Be sure to leave your thoughts in the comments below! Also be sure to stay tuned to the EyeCare 20/20 blog for the latest information and news on Google Glass vision technology.